Someone recently asked me (and I’m paraphrasing)…

“I’ve learned all the patterns, but I still sound robotic. It just sounds like I’m playing scales and not soloing. How do I get past this?”

Now, this is a question most players have when they hit this phase…

But just know this is part of the process. There’s nothing wrong with feeling stuck here. And I totally get the frustration.

After all, if you know the scale patterns… why can’t you sound like the smooth, vocal solo you hear playing through your stereo?

Well, think about it this way:

It’s like learning the Russian alphabet and thinking “well how do I actually speak Russian now?”

Knowing the building blocks (the letters) is only the first step. No one goes from understanding the alphabet to being fluent — not even native speakers.

Well, guitar is the same way. Once you know the building blocks (the notes and scale patterns), you need to know how to connect them to create the language — the solos.

Lucky for all of us though…

Learning how to connect the notes on the guitar isn’t nearly as difficult as becoming fluent in a foreign language.

In fact, all you really need to make the leap from “scales” to “soloing” is to understand (and use) just 5 major phrasing techniques.

Because these 5 phrasing techniques reveal how to take the notes and patterns you’ve learned — and like writing sentences — mix and match the notes in different ways to create unique solos.

These include techniques like rhythm, note choice, touch, and more.

And they’re literally what turn the notes on the guitar grid into actual music.

They’re what make people WANT to listen to you — because your playing will grab their attention and strike their emotions.

Heck, you may even have people popping their head into the room while you’re playing…

… thinking that the music was coming from the radio. But nope, it’s you!

By the way, this actually happened to a breakthrough guitarist, Dave. Here’s what he sent me:

“My wife walked in on me playing and thought I was listening to a song, and couldn’t believe it was me playing. You said this was a simple way of learning up & down the fretboard, and you’re 100% right.”

Anyways, if you feel like you’re stuck playing scales — and not playing “solos”… 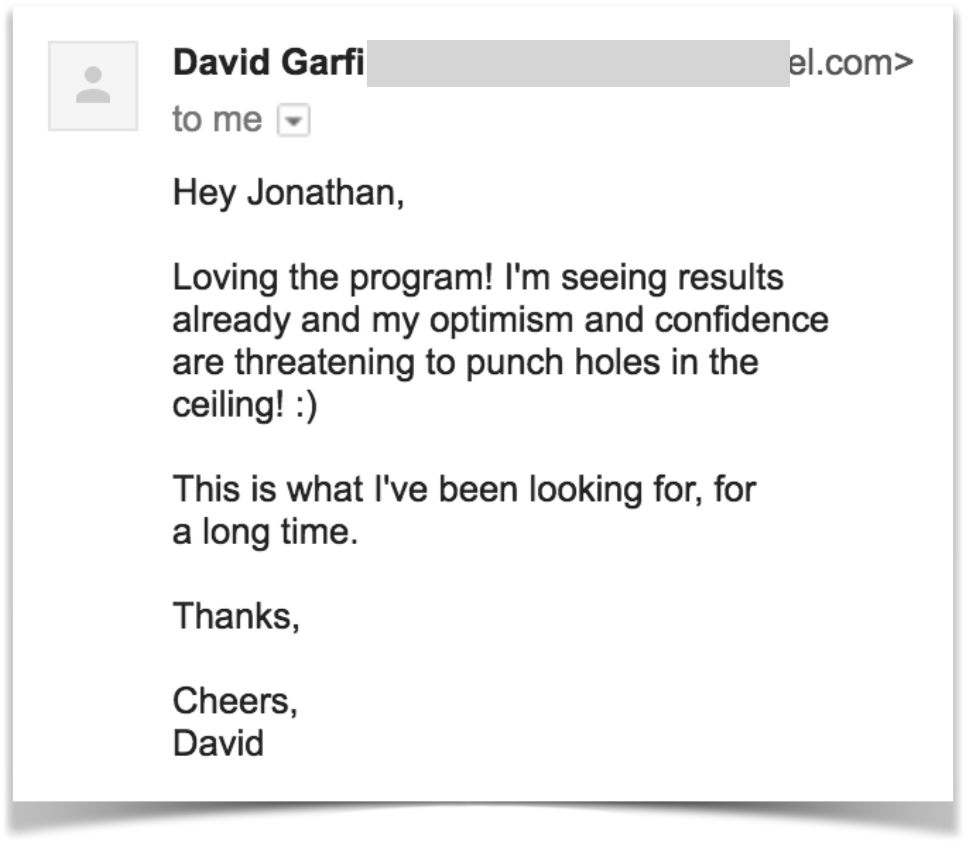 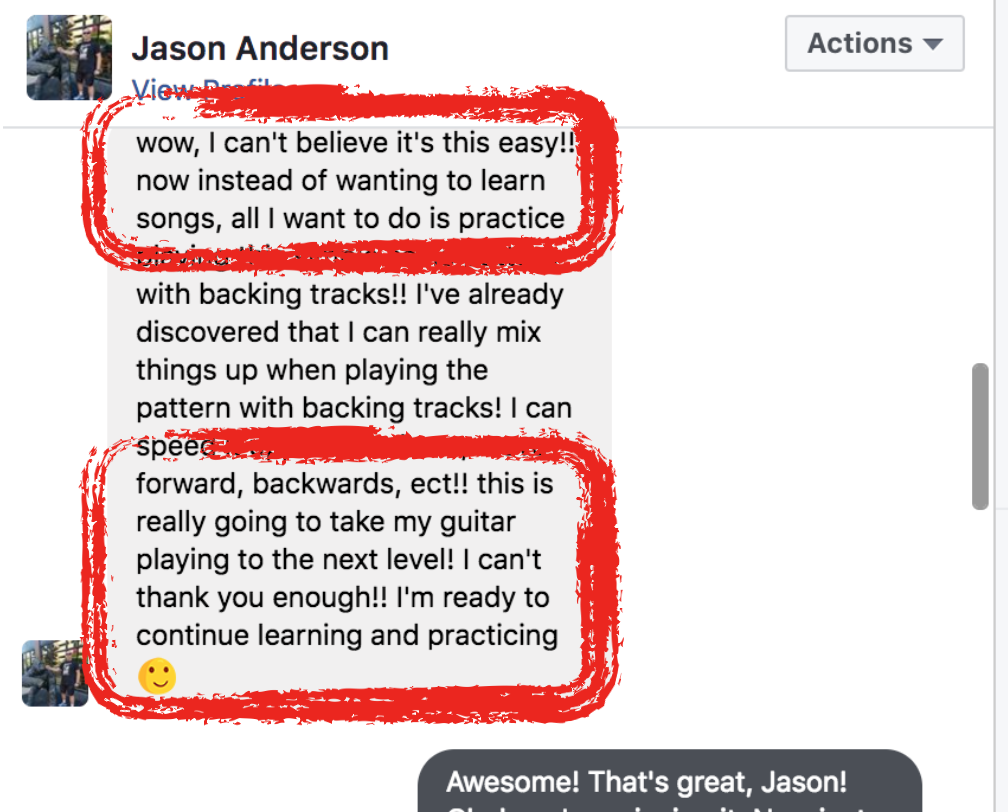 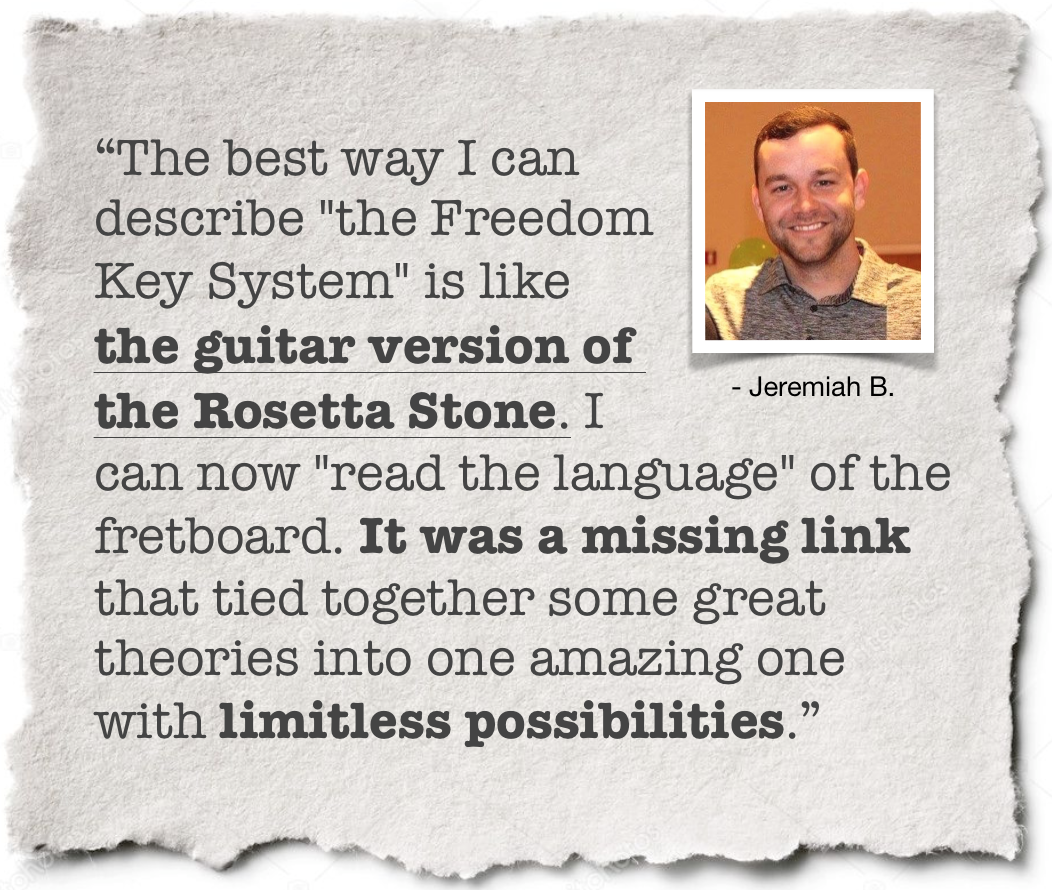 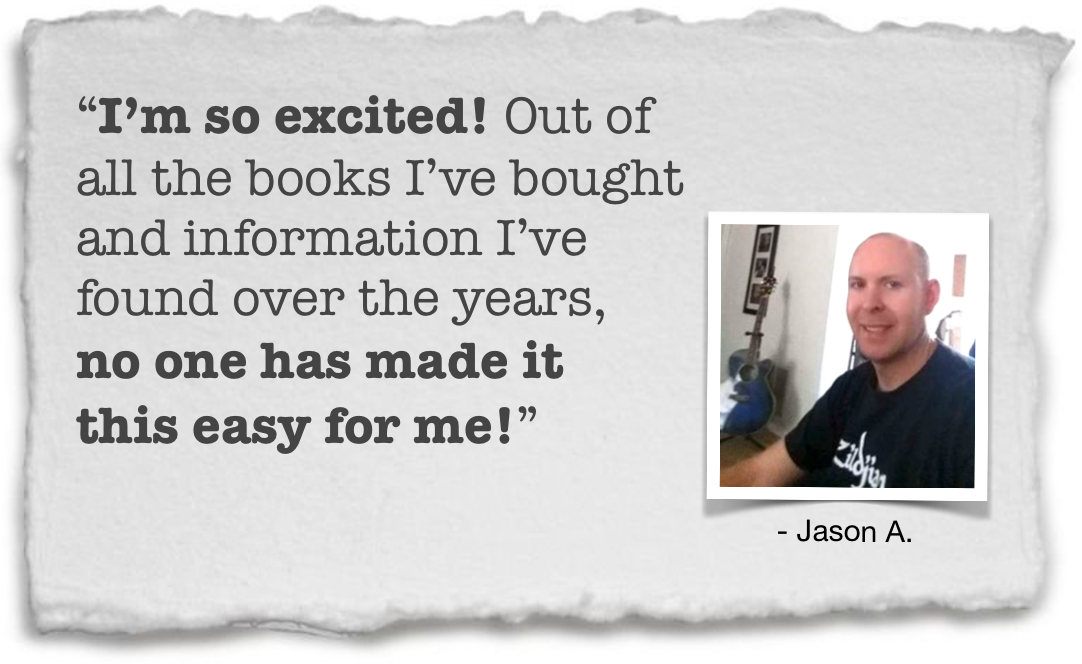 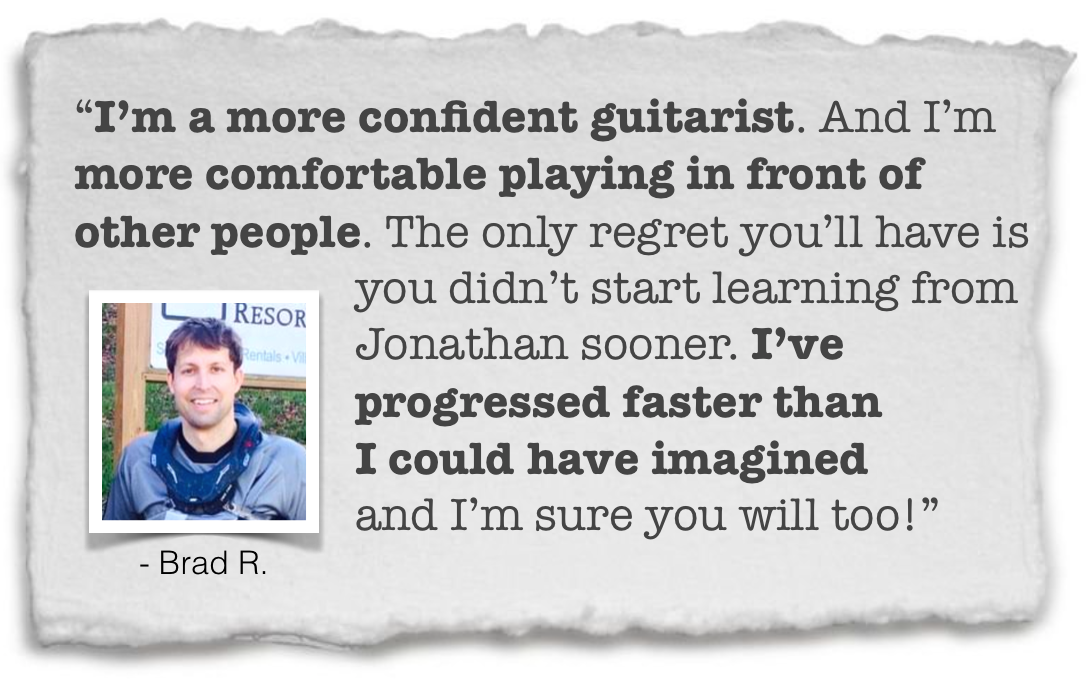